After more hassle with DHL it arrived in a sturdy plastic box (like a hard laptop case, but meant for transport only). The laptop itself is not so sturdy - the bottom part wobbles when I move the lid, and the areas left and right of the touchpad are bendy. Considering there isn't much inside the laptop, this doesn't strike me as a problem. The screen itself does not bend when I move the lid. The plastic seems stable and thick, well suited to protect the pinebook's innards.

A charger is supplied. It's smallish, with a 1m cable and a barrel connector (like a really old Nokia charger). Surprisingly, I can switch the pinebook on immediately, without even connecting the charger, and it quickly boots to a Ubuntu MATE login and desktop. First of all I had to disable screen dimming because it flickered horribly. As with all issues at this point I'm not sure if it's a problem with the pinebook itself or the maybe outdated MATE desktop. 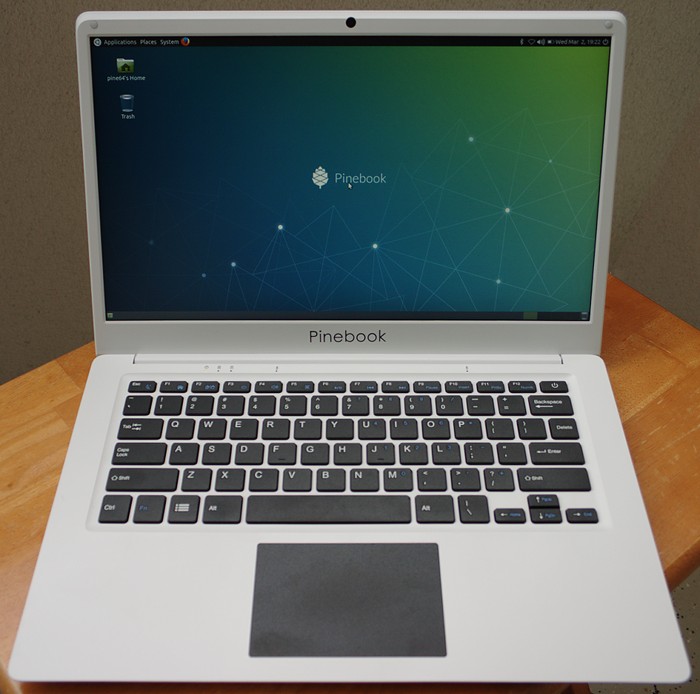 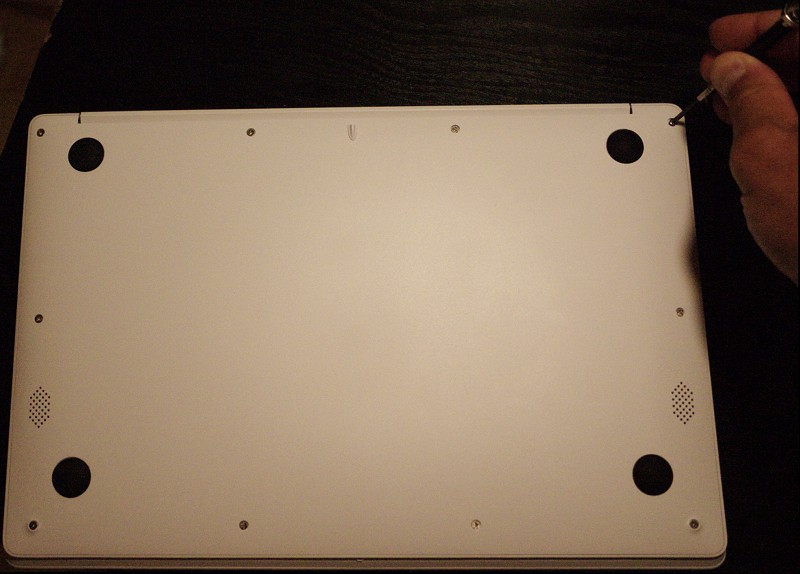 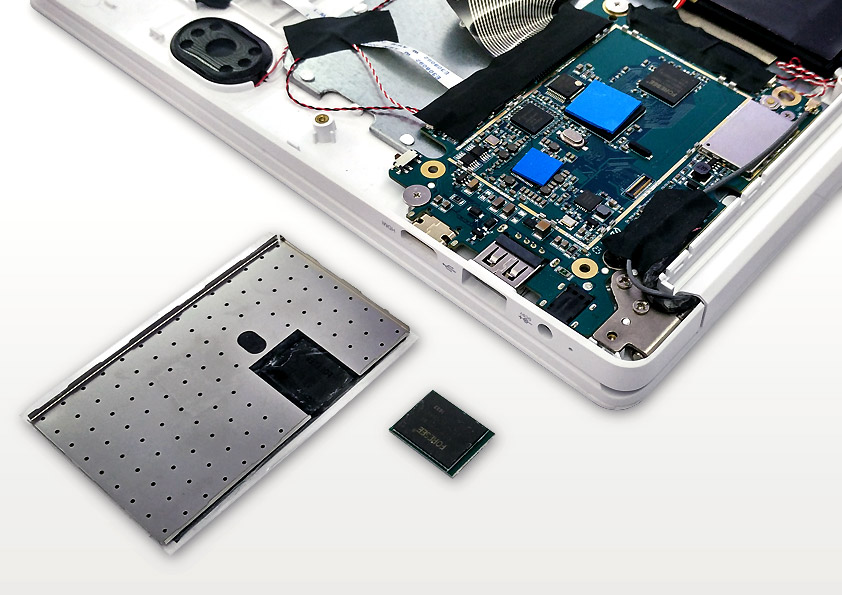 They made an edition for Pine64 hardware.
It's one of those Windows-like Linuxes. I must say they did really well: The Trinity desktop (essentially KDE3) is light enough to perform without hickups (although former Windows users can sit back for a familiar long wait while logging in) and recreates the Windows experience down to Setup wizards and a desktop cluttered with application icons. It would deserve a review of its own, but I digress...
It is based on debian jessie (now oldstable). Video playback works much better straight out of the box. The touchpad works better than on Ubuntu MATE pinebook version. The keyboard's spacebar still isn't sensitive enough; maybe this can be solved by manually padding it out.

Armbian have released an image for the Pinebook. It is also based on Ubuntu Xenial, but the reduced XFCE4 desktop is much more polished than the Pine64 community's Ubuntu Mate. It is based on the same legacy 3.10 kernel because that's the one Allwinner provides for this hardware. But it has a recent version of mpv in the repositories!

So far this seems slightly less stable than Q4OS, but nicer in many different ways. Larger resolutions (test video: x264 encoded, 1920x800px @ 3000kb/s) make mpv crash, leaving me with the last image plastered over all screens (even when switching to another VT). I don't know how to get rid of that, a reboot seems the only option.
HEVC playback on the other hand works beautifully (in reasonable resolutions).

The machine can go on standby for more than a week! I never really switch it off. My weekly PineBook usage is about three hours now, and with that one battery charge will still lasts a full week.
However, this was very different during initial OS installations & experimentations. Possibly copying files from/to external media (USB sticks) is very power consuming.